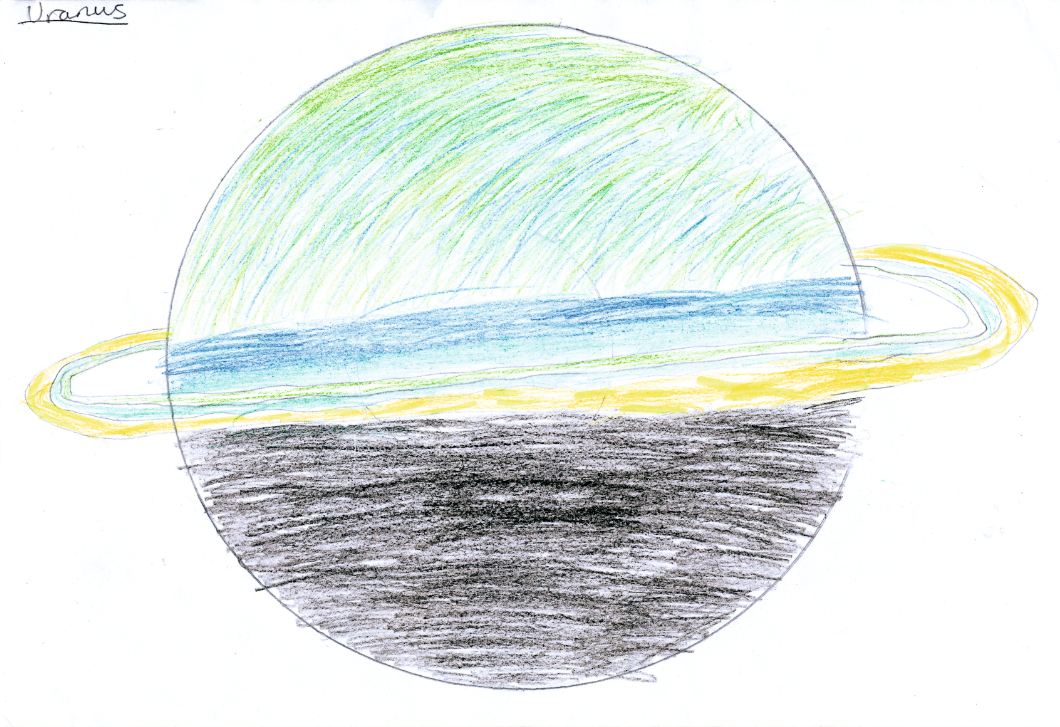 Uranus is the seventh planet from the Sun, and it takes over 84 Earth years to complete one orbit. It was the first planet discovered by telescope (by William Herschel in 1781).

Uranus has the coldest atmosphere in the Solar System, reaching down to -224°C. The surface of Uranus is notoriously featureless, as can be seen in this image taken by the spacecraft Voyager 2. 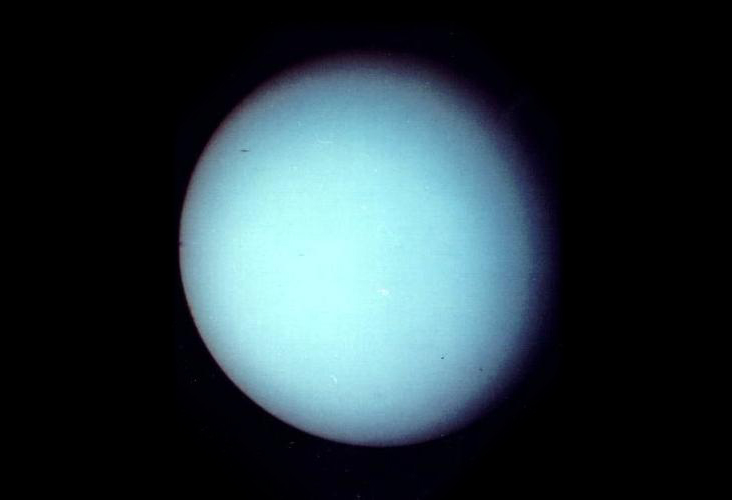 Back to the Main Planet Walk Page.