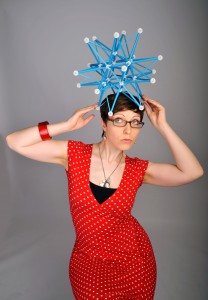 It’s time to get your geek on with a night of mind-expanding ideas and rib-tickling comedy, hosted by comedian and science songstress Helen Arney in collaboration with the Institute of Cosmology and Gravitation.

Celebrating Portsmouth as hosts of the National Astronomy Meeting 2014, this is a comedy night that reaches parts of the universe that other comedy nights don’t reach. Fire up your jetpack and start the countdown for a night of scientifically verified comedians and exponentially funny space experts including:

Helen Keen (Writer and star of BBC Radio 4′s It Is Rocket Science!)

Chris Lintott (The Sky at Night presenter, director of the Universe Zooniverse)

And with a special guest appearance by impressionist, comedian and astronomy enthusiast Jon Culshaw

Event suitable for age 18+ only. May contain dark matter and scenes of accelerated expansion.

Join the facebook event here and invite your friends!

This event is now sold out. Tickets will not be available to purchase on the door.